Dida Connor is a British national, fluent in French and Spanish, with over nineteen years of experience working as a specialist in the fields of strategic communications, risk communication, advocacy and resource mobilization, primarily for the United Nations (UN), as well as the Non-Governmental Organization (NGO) sector, Government sector and private sector.  She has worked in Viet Nam, where she was based for several years, Thailand, Lao PDR, Switzerland, the United Kingdom and several countries in Africa.

As a former UN official for several years, she oversaw communications, advocacy and partnership activities and conducted training courses in communications and risk communication for UN staff and Government officials.  She spent over seven years working as Spokesperson for the World Health Organization (WHO) in Hanoi, Viet Nam and led the country communications response for public health emergencies including the outbreak of Severe Acute Respiratory Syndrome (SARS), Avian Influenza and Cholera. She was also responsible for developing and implementing a comprehensive emergency outbreak risk communication strategy for WHO Lao PDR for the first reported human cases and deaths from Avian Influenza. In 2014 and 2015, she provided extensive strategic communications support to WHO for Ebola preparedness and prevention in vulnerable countries surrounding Guineau, Sierra Leone and Liberia. In 2016, she led strategic communications, campaign development and fundraising efforts for the United Nations Entity for Gender Equality and the Empowerment of Women (UN Women), New York. She later supported strategic communications and resource mobilization efforts for WHO’s Public Health Emergency Operations Centre Network in Geneva and WHO’s Epidemic Intelligence from Open Sources (EIOS) Initiative. Between 2017 and 2020, she led strategic and risk communications efforts for WHO’s Global Influenza Programme in WHO Headquarters, Geneva and in March 2020, she worked on the WHO response to the COVID-19 pandemic. Since 2021, she has worked as a senior partnership and communications consultant for the UNDP Resilience Hub for Africa.

She has also created and directed numerous high-profile and innovative public relations and multi media campaigns to raise funds and strengthen visibility of different organizations and companies around the globe. She successfully negotiated pro-bono advertising for her campaigns on major media outlets such as the BBC and CNN and secured sponsorship for targeted public relations campaigns from fashion industry brands such as Nike and Adidas and celebrity figures such as Sir Elton John.

Her work has led her to collaborate directly with a wide range of partners within the Government and political arena, the international private sector, the NGO sector and the entertainment and media industry.  As a communications specialist and former journalist she has interviewed several celebrities from the music and entertainment industry and worked with high-profile figures and their managers such as U2 frontman, Bono, Sir Elton John and Bill Gates as well as political figures including two former United Nations Secretary Generals, Ban Ki-moon and Kofi Annan.

Dida also serves on the Board of Directors for ‘Revision Youth,’ a US-based NGO focused on trauma healing for victims of human trafficking and abuse. In addition, she serves as Senior Associate Partner for US-based firm BigThink Partners, which provides results-oriented strategies for individuals and organizations to advance positive organizational change. Among several others, clients include WHO, the Centers for Disease Control and Prevention (CDC), Johns Hopkins University, China Ministry of Health, Vietnam Ministry of Health, and the International Development Research Centre (IDRC), Canada.

Dida has a passion for photography and has sold and published several of her photos taken during her work placements around the world. 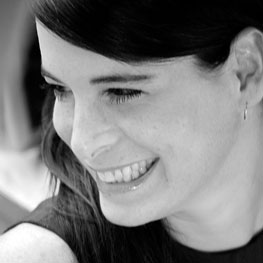